Home True the vote True the Vote Calls Out Rep. Cummings for Role in IRS Targeting... 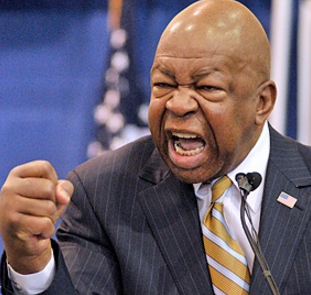 Houston, TX – April 9, 2014 – Washington is reeling as Rep. Elijah Cummings’ (D-MD) true role in the IRS abuse scandal has come to light. Emails released by the House Government Oversight and Reform Committee, of which Cummings is the ranking member, show Cummings and his staff communicating with Lois Lerner while the IRS targeted True the Vote for abuse. 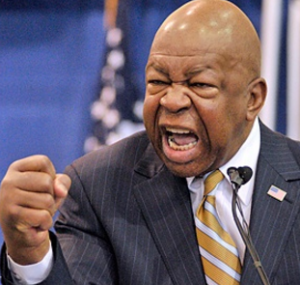 “Today’s committee action reveals what we knew all along. Partisan politics and the weaponization of government against opponents of this administration is real and continues,” said True the Vote president Catherine Engelbrecht. “Elijah Cummings has blocked the IRS abuse investigation all along. We now see clearly that two branches of government have colluded to target and silence private citizens.

“America has come to a tipping point,” Engelbrecht said. “No more lies. No more cover-ups. No more collusion. Enough is enough. Finally, we have a chance for the rule of law to be re-established, thanks to the bold efforts of Chairman Issa and Rep. Jordan.”

Engelbrecht added, “We filed an ethics complaint against Rep. Cummings in February. Today we’re amending that filing to include this latest revelation. As I have said in my testimony before Congress; I will not retreat, I will not surrender, I will not be intimidated. I will not ask Rep. Cummings, Lois Lerner, Barack Obama, or anyone else, for permission to exercise my constitutional rights.”

Click here for a copy of the letter from Chairman Issa and five Subcommittee Chairman to Ranking Member Cummings.

Click here for documents about Cummings’ interactions with the IRS about True the Vote.

True the Vote (TTV) a nonpartisan, voters’ rights and election integrity organization focused on preserving election integrity and is operated by citizens for citizens, to inspire and equip volunteers for involvement at every stage of our electoral process. TTV empowers organizations and individuals across the nation to actively protect the rights of legitimate voters, regardless of their political party affiliation.

This website also chronicles the efforts of Donald Stone, an inventor & small business owner who had his valuable patents and intellectual property stolen by the Mark C. & Gilbert Sapperstein Transnational Organized Crime Syndicate, with the direct help of the USDOJ and the political powerhouse Republican Party law firms, Foley & Lardner (Michael W. Grebe Legal counsel to RNC) and Miles & Stockbridge (Legal counsel to Burton’s House Oversight Committee) coupled with an endless number of fraudulent criminal schemes interwoven together over the past 18 years.

These video poker games can be pure cash revenue generators depending on their location. A single machine has the potential of generating as much as $150 to $250 per week (multiply this income by several hundred machines per week) pure unreported cash which the Sapperstein then launder through real estate purchases in various areas of Maryland, Florida and possibly numerous other states. I would also speculate that it was some of this money that was used to buy the cellular tower sites that were then bundled together and sold to Pinnacle Tower for the approx. $9 million