“A State of Corruption”

Baltimore “Chicago on the Chesapeake”

ANY donation will be greatly appreciated ! Thank You.

It follows the formative years of the weaponized DOJ/FBI in Maryland, Florida, D.C. etc.as they transition from federal law enforcement agencies to criminal enterprises, from Rosenstien to Reno and Wray to Freeh involving Charles R. Longo’s $12 million federal bankruptcy fraud scheme targeting 2000 victims in Maryland, D.C., and Virginia and a $3.5 million Baltimore School Board fraud scheme run by Gilbert Sapperstin and his son Mark Cary Sapperstein between early 1990’s and 2003 while they and their associates at various times were targets of DOJ/FBI investigations.

I now have over 100 Freedom of Information Act (FOIA) request and/or numerous appeals filed with the DOJ/FBI and other  federal agencies trying to identify the various fraud schemes used by the DOJ/FBI to protect Sappersteins and Longo. These FOIA request can be viewed on the public forum https://www.muckrock.com/ or GOOGLE Donald Stone & Muckrock

I am not a lawyer and none of the info. at this site should be considered legal advice and for God’s sakes don’t try this at home.

Why You Should Care That The U.S. Government Has Targeted Catherine Engelbrecht And Her Organizations

AND: The targeting of Sharyl Atkisson, investigative journalist –

Maryland:  “A Socialist State Where Everything is Rainbows & Unicorns”

Unknown to the rest of the USA, Maryland seceded from the Union and became one of Obama’s 57 States. Politically More Corrupt than Chicago or Illinois, where on occasion, unlike Maryland, they actually convict & incarcerate some of their corrupt high level politicians. 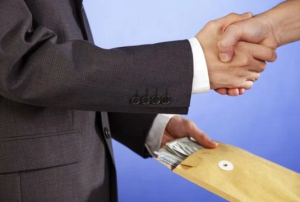 Maryland Corruption chronicles the rise to power from 1989 to present, of a couple of Baltimore street hustlers, Gilbert Sapperstein and his son, Mark C. Sapperstein (Gilbert’s son) as they parlayed their personal and political ties to the MD. Attorney General, Joseph Curran Jr., US Attorney for Maryland, Lynne Battaglia (former head of MD. Attorney General’s Criminal Div. under Curran) and now MD. Attorney General, Douglas Gansler, into the most powerful, politically well connected & protected Transnational Organized Crime Syndicate in Maryland, Florida, Washington D.C. and the USA. 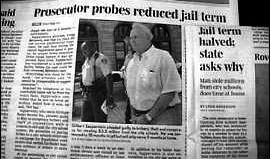